HOW TO BECOME THE BEST FREE THROW SHOOTER ON YOUR TEAM

The reason I am writing this article is my granddaughter is starting to become a serious basketball  player.  Her name is Chapel Brown.  I have shared bits and pieces of this system with her since she has been playing, but never really explained why I am so passionate about the importance of free throw shooting.   So in a sense, I am writing this article for her, and publishing it here at BestbasketBallShoes.co in hopes that it will encourage, help and inspire other basketball players. 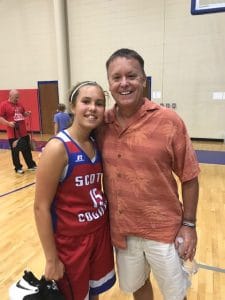 The truth is 95% of the people will find this article will breeze over it and not read it, not put the system into practice.  If you are one of the rare few that takes the information seriously, and actually puts it into practice what I share,  you will become known as the best free throw shooter on your team and maybe in the entire league you play in.

Yes! YOU can do it and success starts with YOUR DECISION to become the BEST Free throw shooter on your team.  Can you make a quality decision and promise to yourself?  If you can, let’s begin.

When I started playing school basketball years ago, I was not the tallest person on the team, I was not the fastest and I didn’t have a basketball hoop in my driveway where I could practice any time I wanted to.   However, I was smart, and I didn’t mind working and practicing hard at something I enjoyed.   So you must learn to love the game and enjoy the competition.  If you can’t learn to love what you are doing, then maybe you should do something else?

No matter your personality off the court, when you step on the court you MUST turn into a WARIOR.  I will probably write  an article just on this topic in the future, but for now, just understand how important the WARRIOR MENTALITY is.  You are not on the court to make friends, there is time for that after the game, for those few minutes while you are on the court your goal is to be a WARRIOR and DOMINATE.   I call this the X factor.  It didn’t come naturally for Koby, it is something he consciously, intentionally, developed, and you can to.  I din’t understand this in my early years of playing organized sports, but the qucker you accept this and make a conscious decision to bring out the inner warrior when you step on the court the quicker and further you will progress.

So I made the conscious decision that I was going to become the best free throw shooter on our team.  It was not something I announced to the world, it was just a private decision that I made, an agreement with the person staring me back in the mirror.  A promise to myself to dedicate myself and practice a little more on free throw shooting than most people were willing to practice.

“Successful people are willing to do, what normal people, aren’t”
Dale Calvert

I made that decision when I was in the 5th grade, but you can make it at anytime along your basketball journey.  I don’t care if you are a senior in college, it is never too late to make the decision to become THE BEST free throw shooter on your team.   Too bad Shak didn’t make that decision at some point along his career.

There is just no exuse for a serious basketball player to be an average free throw shooter.

As I said earlier, I made that decision when I was in the 5th grade.   At that time our counties elementary basketball teams where made up of 4th, 5th, and 6th graders.     We had 7 other elementary schools in our county and our season consisted of playing each team in our county twice, once in their gym and once in ours.  We may have had an exhibition game or two before the season actually started.  During the year we would maybe play a couple of games with schools in close by counties that bordered our county if both schools had an open date or something.

So we had a season that consisted of about 20 games with a tournament at the end of the year.

The 4th and 5th graders made up the B Team, they would play first on game night. Then the A team would play which was mostly 6th graders and few 5th graders would be invited to  dress out.

So my 5th grade year I was the starting point guard on the B team and was one of a few 5th graders that dressed out for the A team game as well.   At the beginning of the year I made the goal to have the best free throw shooting percentage on the entire team.

As a 4th grader I had ended up with the 11th best free throw percentage on the total team of 22 players.  Knowing I wasn’t going to start for the A team, I felt like setting the goal to be the best free throw shooter on the team was something that was possible for me, if I worked hard at it.

The truth is, it is possible for anyone if they are willing to put in the work, because most players aren’t willing to work hard enough at their craft.    They would rather spend their time shooting  worthless trick shots or lofting shots from half court.  There is a time for fun, and basketball trick shots, but it is more important to master the basics first if you are a young player, and nothing is more basic in basketball than free throw shooting.

So to make a long story short.  I ended the year with the best free throw percentage on our team, at around 78%.    We had 11 six graders on the team, and I was one of 4  B team players that dressed out for the A team games. I was the starting point guard on the B team.   We finished the county tournament that year in third place behind power houses Garth and Eastern Elementary.

So my sixth grade season I went into the season with 3 goals.

* Lead the team in assists

* Our team to win the county tournament.

The huge favorite to win the tournament was Eastern elementary.  They had three 5th graders that had started on their A team the previous year and they were all returning.   So during the regular season, I led the team in assist and free throw percentage.   However, we played Eastern three times, once in an exhibition before the season started and twice during the season.  They drilled us all three times winning by and average margin of 14 points, the games weren’t even close.

So in the tournament tournament at the end of the year, it icame down to us needing to beat Gath to get to the championship game to play Eastern.  Garth had beat us twice during the regular season.  They had a guard named Tommy White who was one of the fastest players our county had ever seen.   In the semi-final game, we played a box and one defense and double teamed Tommy every time he touched the ball.  We ended up winning that game by 3 points.

In the championship game with Eastern our team wanted the win, and we wanted it bad.  We had been playing these guys since the 4th grade and had never won a game against them.

Old timers told me that the final game was the most exciting back and forth game ever played in our county’s elementary tournament history.  We won the championship in double overtime on a last second shot.

I hit 15 out of 16 free throws, and lead our team in scoring, for the first time ever in my basketball life. 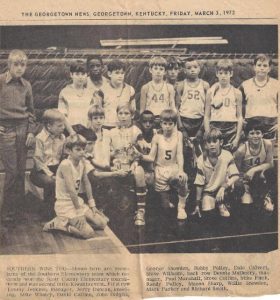 The next year all the sixth graders went to Jr. High so you had all the players from all 7 elementary schools trying to make a 15 person roster.  I made the team, was the starting point guard and captain.

Would that ever have happened if I hadn’t made the decision in the 5th grade when it really didn’t matter that much, to challenge myself and become the best free throw shooter on our team?  Who knows?  But here is the formula, and I have taught it to several young basketball players over the years.  Those who take the formula seriously, practice on the court and in their mind become the best free throw shooters on their team, those that don’t …………..don’t.

Today, I work as a motivational speakers, and have a course called Programming Your Mind for Success.   The vizulization technique that I unknowingly, just instinctively practiced in the 5th grade is part of what I teach in the course today to adults.

Dr. Maxwell Maltz talks about a study of free throw shooters who drastically increases their free throw percentage by not practicing on the court, but just in their minds, in one of the best self help books every written, PSYCHO-CYBERNETICS.

Anyone who makes a commitment to themselves and follows these four steps will become the Best Free Throw Shooter on their team.  I have watched it happened over and over, so the real question is how bad do you want it?  Are you wiling to follow the 4 steps?  Most people will not take this 4 system secret basketball formula serious enough.  Will you?  Those that do, WILL REAP THE REWARDS!

The ball is in your hands now, go swish some!

HOW TO DUNK A BAKSETBALL IF YOU ARE SHORT 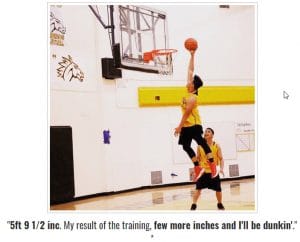 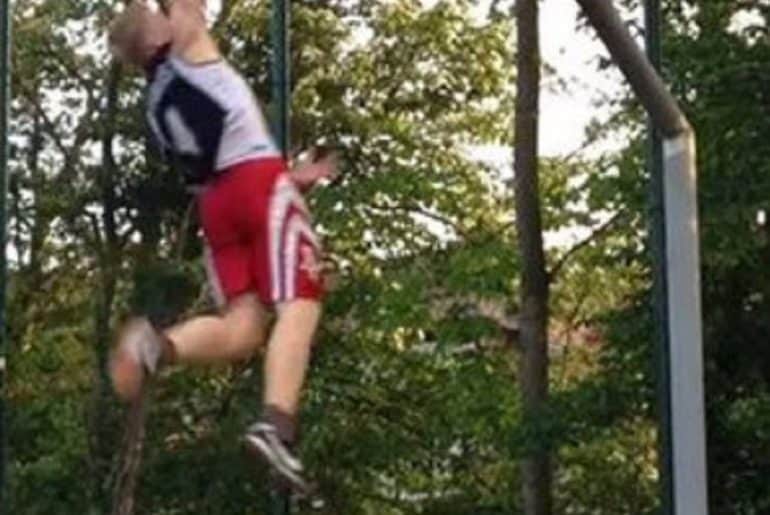 How to Dunk a Basketball Workout (Even if you are short) 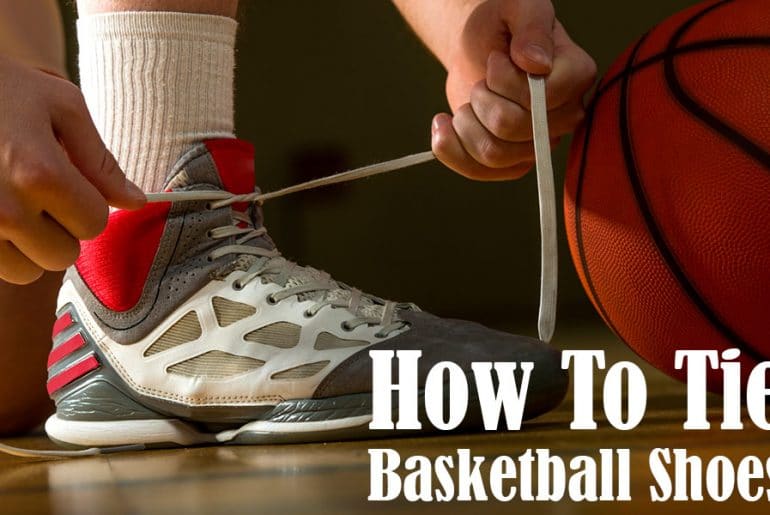 How to Lace a Shoes 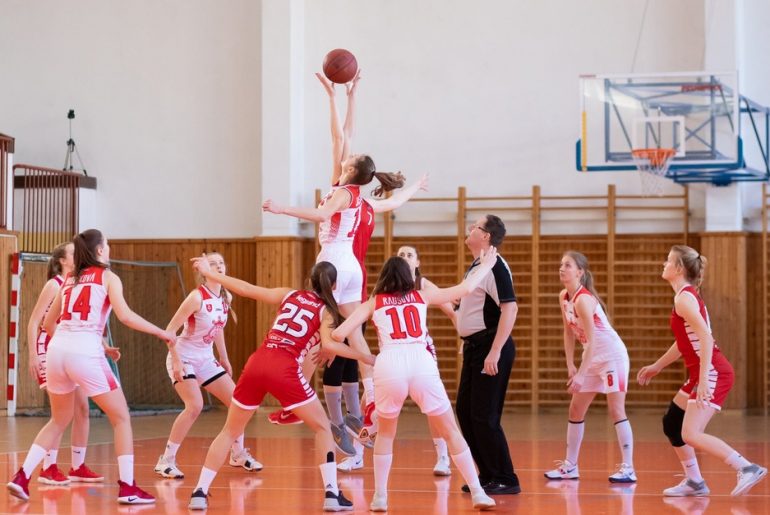 Why Basketball Players are so tall